Going to Antarctica was neither planned nor budgeted in our travel plans. We were supposed to reach Ushuaia, then turn around and drive back to Alaska.

But once we got to the end of the road, the temptation came. What are the chances to come here again one day? Honestly, close to zero. Probably this is our only opportunity to see one of the most beautiful and pristine places left on Earth.

After few days of heavy thinking, we emailed the picture below to our two sons and booked a 12 days expedition to Antarctica and the Falklands on the board of the Russian ship “Akademik Sergey Vavilov”. 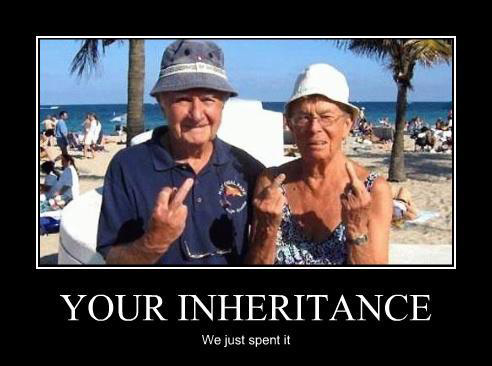 The trip started with very early flight on a strange small four engines jet from Punta Arenas to the South Shetland island of King George. 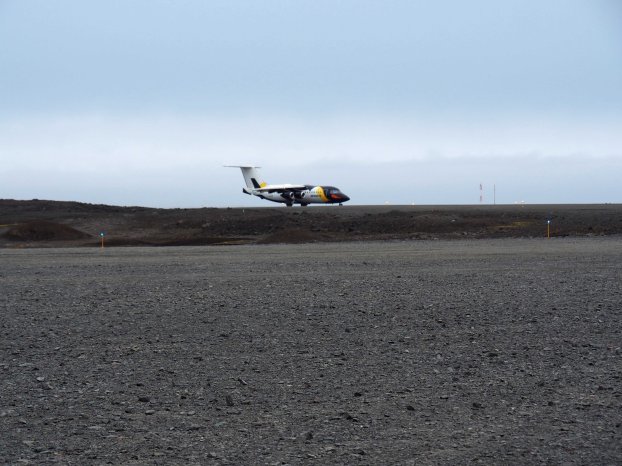 It’s been a while since the last time I woke up at 3 a.m. to catch a flight, thankfully it was not to go to work this time. After couple of hours flight and landing on a gravel runaway, Antarctica welcomed us accordingly with cold, mind freezing wind.

Short ride on a Zodiac and we were on the board of the ship.

“Akademik Sergey Vavilov” is amazing ship, built in the mid-eighties for scientific research. It was one of the most technologically advanced ships for the time, and still is one of the best vessels used in the Antarctic waters. 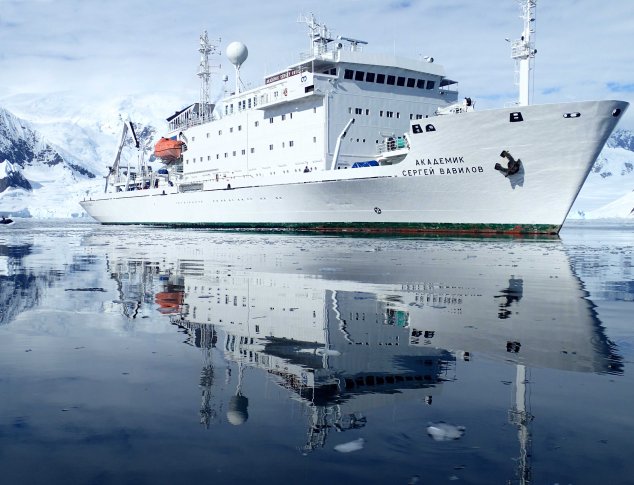 Since total of seven ships of this type were built, it’s a bit questionable for what type of “scientific research” it was initially intended. The rumor is that some steel animals much bigger than whales have been the primary area of interest, but these are only speculations.

Nowadays the ship is still owned by the Russian Institute for Oceanology and is rented for most of the time to the Canadian travel company OneOcean for Antarctic and Arctic cruises.

In the next 10 days we did our best to get as much Antarctic experience as possible. Here are some examples: 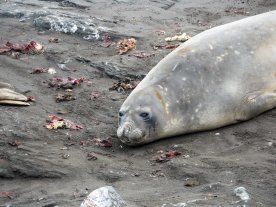 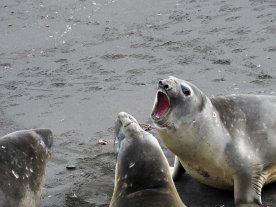 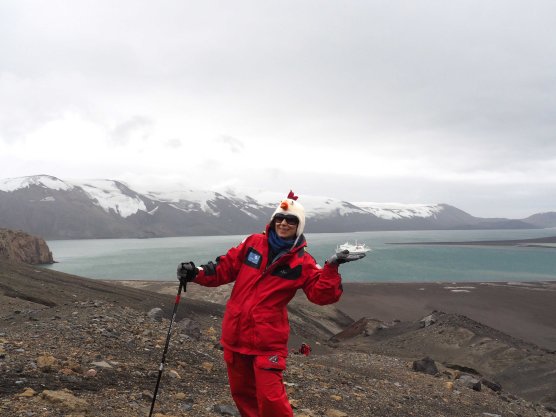 On the way to the Falkland islands the famous Drake Passage decided to show us its best. We got caught into a pretty good storm with winds exceeding 60 knots and waves 8-9 meters high (according to the captain).

The storm lasted for almost 2 days and the life on the ship was complete fun. People were bouncing like tennis balls in the passageways and “moonwalking” much better than Michael Jackson. Object not secured properly were flying in every direction and even simple tasks like brushing your teeth were challenging.

Our Antarctica trip ended on the Falkland Islands (or Islas Malvinas). In Argentina, there are signs saying ‘Las Malvinas son Argentinas”. In the gift shops in Port Stanley there are “keep calm” stickers not agreeing with it.

During one of the walking tours in Buenos Aires, our guide said that most of the people still think the islands belong to Argentina. I don’t know what the Argentinians are smoking, but the Falklands look British, feel British, even smell British. 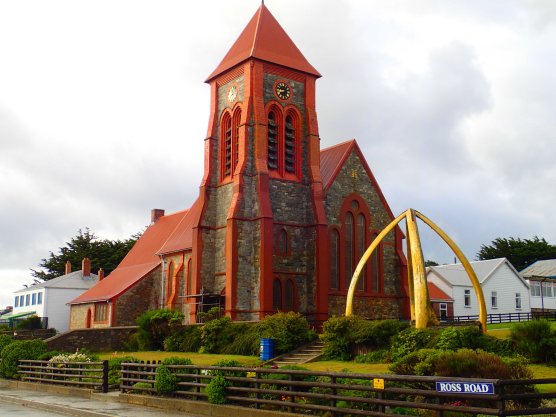 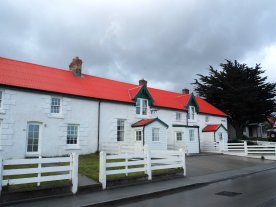 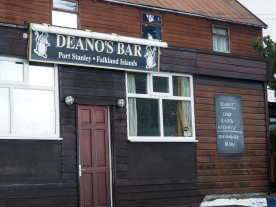 There is a Land Rover Defender in front of almost every house.

The population is about 3,000 people and 150,000 sheep. The Falklands are self-governing and self-sustained and the standard of life is pretty high.  There are also endless penguin and albatross colonies, beautiful white sand beaches (pretty cold) and Falklands are probably the only place on Earth where Santa comes with chopper. 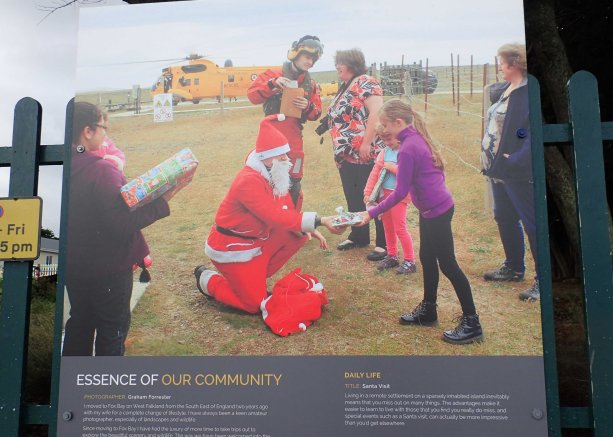 The entire trip was an amazing experience. At the end, we looked at each other and said “Wow, it was great we did it”.